“A masterly biography that portrays an actor devoted to his craft and dedicated to his personal convictions.” –Richard Dickey,Library Journal

"J.R. Jones's meticulous, revealing book on Robert Ryan places the actor's life and career against the turbulent politics of the Cold War and the red scare in Hollywood. Jones is especially adept in moving between the life and the work, the films and their contexts. He introduces political history throughout, in ways that are both relevant and revelatory."

--Foster Hirsch, author of The Dark Side of the Screen: Film Noir

"As self-effacing yet as solid and as ethically engaged as Robert Ryan himself, J.R. Jones offers a comprehensive and sensitive chronicle of one of the giants of American movie acting."

THE LIVES OF ROBERT RYAN provides an inside look at the gifted, complex, intensely private man whom Martin Scorsese called "one of the greatest actors in the history of American film." The son of a Chicago construction executive with strong ties to the Democratic machine, Ryan became a star after World War II on the strength of his menacing performance as an anti-Semitic murderer in the film noir Crossfire. Over the next quarter century he created a gallery of brooding, neurotic, and violent characters in such movies as Bad Day at Black Rock, Billy Budd, The Dirty Dozen, and The Wild Bunch. His riveting performances expose the darkest impulses of the American psyche during the Cold War.

of the legendary film noir actor 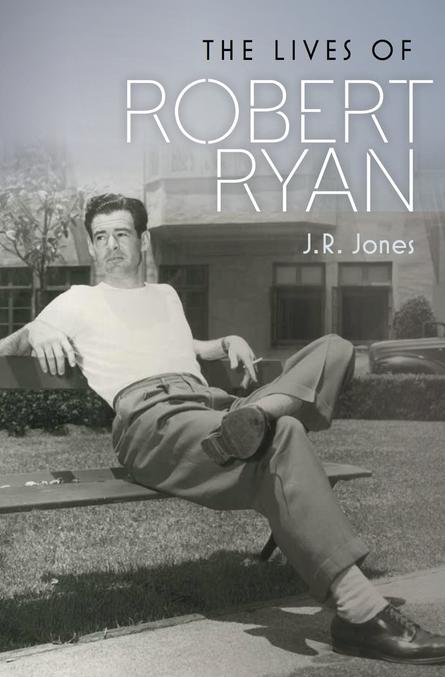 J.R. JONES is a longtime contributor to the Chicago Reader, where his work has won  awards from the Chicago Headline Club and the Association of Alternative Newsmedia. His writing has also appeared in the Chicago Sun-Times, Kenyon Review, Noir City, and Da Capo Best Music Writing 2000. J.R. Jones lives in Chicago.

At the same time, Ryan's marriage to a liberal Quaker and his own sense of conscience launched him into a tireless career of peace and civil rights activism that stood in direct contrast to his screen persona. Drawing on unpublished writings and revealing interviews, film critic J.R. Jones deftly explores the many contradictory facets of Ryan's public and private lives, and how these lives intertwined in one of the most compelling actors of a generation.