is a longtime contributor to the Chicago Reader, a member of the National Society of Film Critics, a five-time honoree in the awards of the Chicago Headline Club and the Association of Alternative Newsmedia, and, according to the website Vocativ, the most reliable movie critic in America. Over the years his work has appeared in the Kenyon Review, New York Press, East Bay Express, Amsterdam Weekly, and Chicago Sun-Times, and has been anthologized in Noir City and Da Capo Best Music Writing 2000, edited by Peter Guralnick. Jones has brought his ideas about film to WGN Radio, CLTV, and ABCNews.com, and has spoken at the Chicago Cultural Center, Chicago International Film Festival, Columbia College Chicago, Facets Cinematheque, Gene Siskel Film Center of the Art Institute of Chicago, Music Box Theatre, and Northwestern University Block Museum of Art. 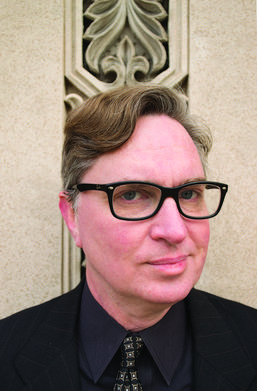 Best Films of the Year

“The Funny Similarities Between Chaplin and Hope,” on the parallels between the two entertainers, Chicago Reader, December 18, 2014.

“The Most Reliable Film Critic in America?,” on the dubious honor of this title, bestowed on the writer by the website Vocativ, Chicago Reader, May 8, 2014.

“Out of the Wreckage,” on the writer’s acquaintance with novelist Richard Yates, Chicago Reader, November 14, 2003.
“The Pope Who Found Jesus," on the born-again awakening that split up Chicago punk-pop heroes the Smoking Popes, Chicago Reader, May 12, 2000.

“Friends of Bill,” on the writer’s visit to the home of William S. Burroughs, Chicago Reader, August 14, 1997.